Marlisa is a Registered Dietitian, Certified Diabetes Educator Author, Chef and Professional Speaker.  She has been president of Total Wellness Inc., > 2 ½ decades, has a BS in Marketing and MS in Nutrition: she specializes in diabetes, obesity, cardio vascular disease, self-help, and GI disorders.

Marlisa has made numerous television appearances including 5 years on “International Healthy Cooking” for the American Heart Association. She is author of “Gluten-Free Hassle Free” book and cookbook,“Easy, Gluten-Free”, “Get it The F Together” as well as other contributions some include: Shape, Womens Day, Todays Dietitian, Food Service Management, Newsday and Parenting Magazine.  She has developed many programs including, Richard Simmons’  Food Mover Program, cookbooks and recipe cards, Kathy Smiths’ Project You II for Diabetes, Jorge Cruises’ 3-Hour Diet Cookbook, DR Vincent Pedres’ Happy Gut & Leslie Sansones’ Walk Away the Pounds meal plans.

Mix together with a dynamic group of people from organizations looking to target and promote healthful products, programs and services…

=a perfect combo, inspired, ignited and ready to take action.

Marlisa works with organizations who are looking to target and promote healthful products, programs and services.

Over the past 22 years Marlisa has given hundreds of presentations and some of her clients include the NY Jets, The Kennedy Space Center, Pratt and Whitney, Honeywell, Hofstra & Adelphi Universities Lilco, Guardian Life, Brookhaven National Labs, Goldman Sachs, Guardian Life, Tiffany, Dean Witter Reynolds, Pall Corp, Bank of New York, Sony, Liz Claiborne, and Ethicon and more.  In addition Marlisa worked at the corporate office of Lackmann Culinary Services as their Wellness Coordinator for over a ten year period.

Marlisa has made numerous television appearances including Fox 5, Fios, CNN,  5 years on “International Healthy Cooking” for The American Heart Association where Marlisa wrote and appeared on every show and she has recently piloted a diabetes cooking show on foodytv “Defeating Diabetes in Your Kitchen”, in addition she has been a member of the dLife TV Professional Council. 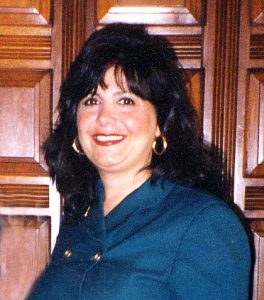 Marlisa has a bachelor’s degree in marketing 1982 and a graduate degree in nutrition 1994 from C.W. Post/Long Island University, and she has also studied at the Culinary Institute of America.

Marlisa is author of “Gluten-Free Hassle Free”, “The Gluten-Free Hassle-Free Cookbook” and “Easy, Gluten-Free” and has a new book “Marketing is Like Fishing” due to release in November 2016.  In addition she has contributed to many publications including, Salute, Scholastic, Shape, Food Service Management, Newsday, Parenting Magazine, Weight Training for Dummies, and Sports Nutrition Medicine and Rehabilitation .  She has also written and contributed to many programs including, Richard Simmons’  Food Mover Program, cookbooks, recipe cards and web site, Kathy Smiths’ Project You II for Diabetes, Jorge Cruises’ The 3-Hour Diet Cookbook, and Leslie Sansones’ Walk Away the Pounds, (green,yellow,and red meal plan).